What is Ubuntu, Arch Style?

So this experiment was started because a lot of people LOVE Arch. And some of them with good reason. Arch is arguably (but not necessarily objectively) lighter weight and faster than distros such as Solus, Fedora, Debian, or many other distros. However, there is a segment of the population that would argue that any distro can be used just like Arch and provide the same benefits.

So, I decided to test that claim.

In this experiment, I want to go about installing Ubuntu 18.04 the way you would install Arch:

Ubuntu was essentially my first choice for a number of simple reasons:

First up, we need a CLI version of Ubuntu. There are are two ways to do this:

For the sake of fun, and being more Arch-like in the install process, I chose to make my own ISO. Cause why not?

Little did I know this would delay this project and cause me a lot of headache. Just use Ubuntu Server. It’s easier.
​
I still documented what all I did though to show how many hoops you have to jump through just to get basicly Arch with apt.

For this entire thing you will need:

To make this ISO, we need to be running any of the various Linux distros with debootstrap in their repos. Since I am already running Ubuntu, it’s a simple:

I won’t go into detail about how exactly you do this, but you need to make a chroot environment of whichever version of Ubuntu you want (I went with Bionic (18.04)), then chroot into it:

Once inside, I did the following things:

Add “universe” to the end of the line shown when the file opens. I also added the bionic-updates, bionic-security, and bionic-backports repos to my “Ubuntu-Arch-Style” ISO.

Once you do all this, exit out by running:

There is no point in configuring it past here due to the fact that you will not be running the ISO we just made for anything other than installing the OS. Nothing we do to configure it will be carried over anyways, unless you choose to unpack the squashfs to the partition you wish the OS to be on, which is a good idea if you have internet issues like I did.

This is actually super easy. The start off, make three directories:

These will be used to build the ISO and configure it for GRUB to boot.

Next, to make the squashfs we need to run a pretty long command. This will take a while depending on your system’s specs. Feel free to go have a snack while it’s running if you have a dual-core system:

STEP 3: CONFIGURE FOR BOOT WITH GRUB

This part is also easy, but has a lot of steps. So bear with me here.

We need to copy the vmlinuz image and initrd.img to the folder “image” we made earlier:

Now that we have done that, comes the time to actually make our own config files! WOO!

Make a file in our “scratch” directory named “grub.cfg” and open it for editing:

Once you have it open, put in the following config:

This will give us a grub menu to use when we boot. The “nomodeset” option is a little extra, so you don’t really need it if you wanna leave it off. But in some very rare cases it may be useful.

Next, we need to make the “Ubuntu-Arch-Style” file we just mentioned in that config in “image”:

Now we need to give GRUB something to actually run when it boots. For this, we will be making a hybrid ISO, meaning it can boot on either UEFI or BIOS.

For the BIOS run these commands:

Next, we need to set up for UEFI. This process is a little more involved:

Now the fun part. Time to run one extremely long command to build our ISO file for us. And that command is:

Make sure to replace USERNAME with your username. At this point, you should have an ISO that is named “Ubuntu-Arch-Style.iso” that is roughly 400-500 MB in size.

You should be able to write the ISO file we just made to a USB drive. For time reasons, I booted it in a Virtual Machine with VirtualBox.

I suggest booting with EFI, this will allow you to install the boot loader we use later.

When you boot up, you should just have a black screen for a few seconds, then be greeted by the TTY login screen for Ubuntu!

Use ‘root’ as the username and the password you set in step 1 to login.

Once you login, we can start following the Arch Wiki on how to install Arch. However, a word of caution first:

Arch and Ubuntu are different OSs (obviously). As such, not all commands they use to install Arch will work. So, in some places things will be harder. However, in others, they will also be easier.

So, just look up in your favorite search engine “How to Install Arch Linux” and follow the link to the Arch wiki!

This should be very similar to Arch.

Run fdisk -l to view connected devices you can install to.

I have one partition on a single drive, at /dev/sda, so to begin partitioning, I ran:

Edit that command for the drive you want to install to.

Follow the fdisk instructions and commands to format your drive so you have at least one partition, of type “Linux Native”. If you are using UEFI, make sure to make a second partition for that.

Once you have done that, run:

replacing /dev/sda1 with your drive’s location.

Next, mount it on /mnt by running the following command:

The following steps are done offline because I had issues connecting to the internet. This means all the changes I made to the squashfs will carry over.

Now, we need to locate where the squashfs we made earlier ended up in our live system. When we run:

Once you figure out where your squashfs file is, run this command to extract it to /mnt, which is the path to our internal drive:

At this point, a LOT of text should start flying by on screen. Relax. This is the squashfs file being extracted. Just let the computer do it’s work. This process should take a few minutes.

Once it gets done, run the following commands to get everything moved to the correct spots:

Finally, if you are able to get internet working (we had trouble with that) run these commands to get your kernel re-installed, as it doesn’t get into the squashfs:

If this is not done, your system won’t boot.

And take note of the UUID coloumn. We suggest writing down the UUID for the parition you installed to. This will be important.

And replace the contents of the file with this:

Then save the file and exit.

These are pretty easy. Dig through /usr/share/zoneinfo and find a location in your timezone, then run:

To set your current time. Then, to set your language, run:

And un-comment ‘en_US.UTF-8 UTF-8’ and any other locales you need. Once you save this file and exit, run:

And set LANG equal to your desired locale:

Now we need to set our host-name. Open /etc/hostname:

This will likely contain the host-name of the system you made the initial chroot on. So, change it to something else. I set mine to ‘UBUNTU-ARCH-STYLE’.

And add this line:

This is simple enough if it decides to work:

We were gonna use GRUB, But this was a pain and wasn’t working. So, we are using systemd-boot instead because it is easier to set up.

Because of this, if you booted using Legacy/BIOS mode, this won’t work.

First up, make a few directories in /boot/efi:

Because systemd-boot is picky, we need to tell it to relax:

Now we can actually install systemd-boot:

That chattr command makes the file immutable, thus protecting it from deletion later down the line.

`The next bit of config is complex…ish. If you want, you can copy the following text into a script, and it will set it up so that systemd-boot will get updated, just like GRUB would have been, every time you get a new kernel. Just make sure to pass the device path so it works. Or, manually set ROOT to it.

After you run that script and it completes successfully… All we need to do is make our initramfs:

Then copy it and our kernel image over into /boot/efi:

And we SHOULD be done!

Assuming you have something that boots correctly you should be able to login like we did earlier, use apt to install whatever DE/WM and DM you want. You might also want to install X11, but it’s likely it will get pulled in along with your DE/WM of choice.

Just be sure to make yourself a user account:

Replace USERNAME with your desired username. This will create a super basic user account for you, with no sudo access.

At this point, though, I stopped working on this because the amount of time and energy invested wasn’t worth it. We ran into almost every issue in the book, from kernel panics, to no internet, to GRUB breaking, and everything in between.

So the moral of the story?

Yes, yes you can get something like Arch with other distros. Should you though?

Well, this is where people who say that distros are good have one of their main arguments come into play.

It’s much quicker and easier to find a distro you kinda like and modify it to suit your needs. Any Linux noob with basic terminal/package manager know-how can do it. And that’s the point of distros, if you ask me: to provide a starting point closer to what the end user really wants, saving them work.

If you really want to learn how a distro works, or do some sort of crazy modification in it’s guts, this might just be for you. But be prepared to put in a lot of hard work, but also be prepared to learn a lot too, about how the best OS on the planet works under the hood. 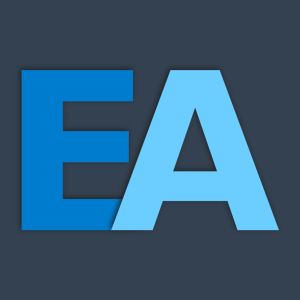 Web technologist, Linux / open source aficionado, and all-around tech guy. My background is in IT where I’ve worked as a sysadmin, support technician and product manager. I’ve been using Linux since the early 2000s, both personally and professionally and am constantly surprised and delighted with how far desktop Linux has come in the last 20 years.

Continue the discussion at discourse.bigdaddylinux.com