Long ago, during the “micro computer” revolution, there were numerous incompatible architectures. You had the Commodore PET, Apple II, the Osborn, IBM-PC, later the Commodore 64, Macintosh, Amiga and many others. They were all very unique, had their own way of getting work done or having fun. There was something of a personality to each of these computers, something unique, creative and fun. There was almost nothing in common with each of these different system, sometimes the same or similar CPUs such as the MOS 6502 or the Motorola 68000 but everything around it was unique. What fairly common thread was the BASIC programming language, in some respect, it was the Java of the 80s… in some respect… not a completely accurate statement as there were many differences from one platform to another but it did make for some ease in porting some applications. Often, the assembler language was similar between many of the systems but again, there were differences the specifics.

As time went on, the choices started to fall away and the architectures started to comonize, over time, the platform that became dominant was the “IBM PC Clones” with its x86 architecture. Perhaps because it was the most open or extensible? It’s hard to say, exactly. On the x86 architecture there was also, once more choice. You had MS-DOS, CP/M and OS2 but eventually it was Microsoft with their Windows Desktop that seemed to have dominated the home computer market. Sure, Macintosh has hung around in some form over time but the original Mac is not compatible to the current Mac or the Mac from 15 years ago. With the reduction of choice, in the main stream computer markets, choice has been further reduced in that customization of the desktop, you portal to do the work has become even further reduced. If you don’t like the way the Mac or Windows desktops work, you are pretty much out of luck. There is not much you can do about it that is not some sort of hackey solution. It is like, as a whole, we have lost control and the ability to have choice and personal variation.

Most of that entire last statement is wrong, there has been a choice and a viable choice this whole time. There has been Linux and all the tools that sit on top of it. Linux gives you more choice than you need or even possibly explore. It give you the ability to control your hardware, have freedom and a level of self-determination as to what you want to do with your time and money. It allows you to invest in areas that are most meaningful to you and puts ‘personal’ back into personal computer.

I have been using Linux almost exclusively since 2003 and I have personally felt it has been ready for the mainstream since. That is NOT the prevailing belief with the majority, at all. The majority would have you believe it has been in the last 5 years or so where Linux is a viable mainstream alternative. What Linux has been offering for a long time is a solid platform to do all sorts of productivity. Maybe not always the best applications but that has continued to improve.

The problem with Linux is that there isn’t exactly a box of Linux you can buy off the shelf or pre-configured machines at every corner tech store. The problem is, you have to choose between a lot of options, all these different distributions of Linux that often have unique tools. Although it makes computers fun again and unique, it also makes it confusing and perhaps intimidating to make the move. From whatever they are using into the bright open, clean, fresh smelling spaces of Linux. Once that transition can begin, that feeling of personal will start to wash over the previously monolithic, impersonal “black box” that doesn’t really feel like it has anything personal about it.

Linux makes computers personal in so many, many ways that truly excite me, as I was writing this, I came upon the realization that to fit it in one article would not be an enjoyable read at all. I have decided to split this article up into seven parts (at last count). I am going to cover my reasons why Linux puts personal back into personal computing and makes computers more productive and truly fun. I’ll describe to you how Linux provides a sense of freedom and self-determination in the hardware you own and the data you produce. Linux and the open source world is an exciting and empowering place filled with many fantastic community members. Communities like BDLL are always open and ready to embrace, teach and advise.

Stick around, learn the technology and get to know the community. I’ll define my key reasons this is the better future for our technology and those that use it.

Linux and fitness geek, contributing member of the openSUSE project, enjoys being a part of the Linux community, playing with vintage tech and making a general mess of things with a DIY mentality. Further semi-coherent blatherings can be found at cubiclenate.com. 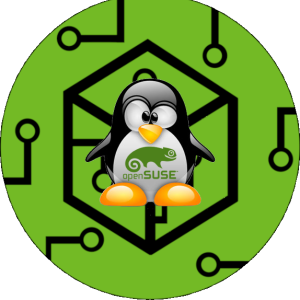 Continue the discussion at discourse.bigdaddylinux.com